We just finished the Pickup Family Reunion. It was a whirlwind of jam-packed fun. Wednesday through Saturday it was super hot!! We spent a lot of time in the pool, went to the Portland Children's Museum, went to a concert in the park and watched a lot of Olympics late at night. Then it started to cool down a bit on Sunday. We all went to church together and just spent the day together. Then on Monday we packed up to go camping and boating, just in time for the rain to come. That didn't stop us, however. I think Zane enjoyed it all the more--more mud puddles to play in and drink out of. We had a great time with everyone. We missed Blaine, as he wasn't able to come out. Zane really enjoyed playing with, or at least near, his cousins. Below is a slideshow of some of the pictures. I think Sharee got more of boating and camping, but we'll have to wait to get those. Enjoy!

Posted by Holly and Kevin at 2:55 PM 1 comments

This is an old story, but I told people I would let them know what happened. I can't believe it's been almost a month. . . .

I was supposed to give a talk to all the girls at Young Women's Camp on July 31. I spent a lot of time preparing. The girls went to Camp Cooper this year, which is toward the coast and I've never been there. I got a map from the camp's website, but it was kind of vague so I also printed off directions from GoogleMaps (which I have always had perfect success with). Kevin looked at the map and said he thought I would be fine.

So Thursday morning I loaded Zane in the car. Kevin thought I should give myself an hour and a half to be safe, but I left at 8:30 and was supposed to give my talk at 11:00. Two and a half hours. I felt confident that I would find the place easily following my directions, and that I would have plenty of time to get settled and review my talk to prepare before seeing the girls. That was not to be.

I was following my Google Map directions and I was starting to feel a little funny after I passed the exit to Willamina and ended up in Grand Ronde. This did not seem right, but unfortunately, I accidently left the Camp directions at home. I was pretty sure I was supposed to go to Willamina, but Googlemaps said "Continue straight" when I was really supposed to exit right. So I saw off to my right an old farmer on his tractor outside his house. Being a country girl, I could tell this was a man I could trust. I drove up and asked him for directions. Sure enough, I needed to head back to Willamina. It was 10:00. I told him I needed to be there by 11:00. He said, "You'll never make it. It's almost twenty miles." Hmmm, tweny miles in an hour, I think I can do that.

So I went back to Willamina and followed the GoogleMap directions. Fortunately I remembered the kind old farmer saying to turn right at the grocery store. However, the GoogleMaps said, "Continue straight." I decided to trust the farmer, which ended up being the right decision because all the roads that I needed to turn on ended up being along that route. Unfortunately, GoogleMaps were off in their mileage. I went as far as they said to get to Bald Mountain Road. That is where the directions stop. Problem. There is no road here. So I kept going until I did get to a road (an extra 2 miles, which seemed like ten on this back road). Later I found out this was Bald Mountain Road, yet still no Camp Cooper. So I drove back down the road.

The only place to ask directions was this old run-down house in the middle of an overgrown field. There were to old VW Beetles in front of the house and another one or two in the shed. I bravely walked up to the door that was surrounded by boxes. I left Zane bawling in the car. I noticed a sign on the door that said, "I'm hard of hearing. I might be sleeping on my good ear. I might be listening to the radio. I might be in the greenhouse. Keep knocking." I knocked once and then decided to get out of there. But the hard-of-hearing woman heard my knocks and came to the door. She was wearing an old mumu and had several long gray whiskers coming out of her chin and also had gray hairy armpits. She told me I was going the total wrong directions (I should have been suspicious when she wasn't quite sure which direction she was facing). She sent me back to Willamina.

That didn't seem right. So I stopped at another house. The nice couple there told me to turn around again, and that it was about 7 - 10 miles. I felt they knew what they were talking about. So determinedly I set off toward Bald Mountain Road again. This time I got stuck behind a gravel truck moving about 8 miles per hour. I decided to turn right on Bald Mountain Road. I don't know how far I'd gone when there was a HUGE pickup truck coming toward me carrying some fun looking dune-buggies. I flagged them down and asked if they knew where Camp Cooper was. "Oh, I know exactly where it is! I just don't know which road it's on. I think it's that way still." He tried to be very helpful and look up directions on his GPS, but no luck. So I continuted on.

Mind you, this is about 10 miles past the point where my directions end. I'm going off side-road here and there. I'm thinking about all the people who have gotten lost and died. Should I just go home? By now I know I'm not going to be able to give my talk. It is probably about 11:15 now. I should probably try to find it just so they don't worry. So, I keep driving and praying. Finally, I've had it. I tell Heavenly Father that he has to send help or get me to camp now, or I'm just going home. I drive about a half a mile farther and I see a plate with a smiley face nailed to a tree. Hmmmm, that seems like something that would only be a sign to Young Women's camp. So I followed the Smiley Face. I turn down the next road and see the first sign for Camp Cooper. Hallelujah. It's about 11:45 now.

As I pull into the parking lot, Sister Green and her daughter are just getting ready to leave to come find me. Argghh! I was so frustrated that I let the girls down. I wasn't upset that I was lost, I just felt like an idiot for not getting there on time, not giving my talk, getting lost when I felt so prepared. My feelings of inadequacy were only slightly abated when our ward's YW president and also a member of the stake YW presidency told me that the same thing had happened to them in previous years.

So, I stayed for lunch, had Brother Powell check my tires before I left and headed straight home. I just looked up directions for Camp Cooper on GoogleMaps today and they are different, and slightly more detailed than the directions I got a month ago. I'm still not sure they would get you there, though!

So, I didn't give my talk at YW camp. I did give it as a lesson in our ward for the Young Women and they were sweet. If anyone ever needs to get to Camp Cooper, call me and I can give you directions.

No pictures since Kevin has the camera with him on their High Adventure, but I thought I'd give a quick update of what Zane is up to these days.

If you say "Gimme a kiss," he might lean toward you with a big, open, slobbery mouth and smile. However, he prefers to give his Pooh Bear, frog puppet, and Puppy kisses.

His official first word, other than "mama" and "dada" is "hi." He says it in the cutest little voice with a big grin. I haven't figured out how he decides who is okay to say hi to and who isn't. But you know when he's said it to you. He also like to take a phone, or his cup or a shoe or just his hand, put it up to his ear and walk around saying "hi, hi."

How do little boys know to push trucks around and make truck sounds? For Heaven's sake, I certainly didn't teach him that. But, he loves to push his Tonka truck around making slobbery truck sounds all over the house.

Also, ever since we went to Seattle he has been in love with this Fisher Price piano that Olivia had. I searched and searched on Craigslist, but could never find anything here in the Portland area before it was already sold. One day, Grandpa Pickup e-mailed me a link on Craigslist that had the exact piano we were looking for and it was quite a deal. I e-mailed the woman and she never got back to me, so I was a little bummed. It didn't last long though, because Kevin came home from Grandpa Pickup's with Zane's piano. He LOVES it. Every morning that's the first thing he plays with. He can play with it FOREVER, which is great for mom, because it keeps him entertained.

Finally, he has become quite the climber. Unfortunately, he has found out how to climb on the stove. He puts his feet on the handle for the drawer on the bottom, pulls himself up and pulls on the oven door until it opens. Or, he reaches his little hands up to touch the burners. I'm working very hard at trying to teach him not to touch! He also climbs on and off his rocking chair several times a day and is so proud of himself. He climbs on his new piano, he climbs on the shelves, he climbs everywhere.

Kevin's away until Saturday. He had a great High Adventure planned for the boys so hopefully all goes well. Meanwhile, I'm just trying to stay a little bit cool. It's been terribly hot! Even Zane couldn't sleep last night he was so sweaty. We were going to go swimming with friends yesterday but our schedule was so wacky trying to help Kevin get ready that Zane just slept right through swimming time. Maybe another day.

As for Nora (that's what we're calling her for now), she is moving quite a bit. Sometimes it feels like she's doing the Salsa dance in there. I always am anxious for the day Kevin finally gets to feel the baby move. I think it's more real to him then. He has felt her move quite a bit. I just had my 24 week appointment and all is well.

All in all, things are good. Here's to keeping cool! 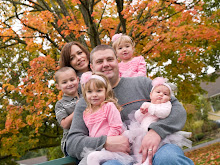 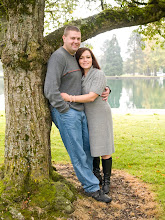 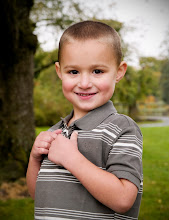 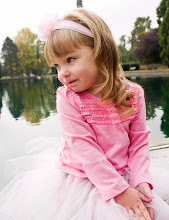 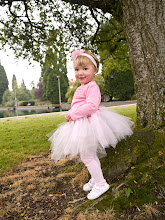 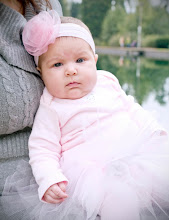